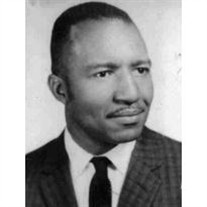 Matthew Jacobs, Sr. of Bridgeton went home to be with the Lord Sunday evening April 1, 2007 at his residence, surrounded by his loving family. He was 78 years old and had been in failing health for some time. Born in Sylvania , Georgia, he was the son of the late Nelson and Lillian Jacobs and was the husband of Willie Fedd Jacobs. Mr. Jacobs was formerly employed with the Agway Fertilizer Plant in Bridgeton until his retirement due to their closing and prior to that he had worked at the Jersey Tyler Iron Foundry in Bridgeton. He enjoyed farming, watching television, and spending time with his family and friends. Surviving him to cherish his memory besides his wife are two sons Matthew Jacobs Jr. and his wife Carolyn of Bridgeton, and Tyrone Wilson of Bridgeton, nine daughters, Martina Marcus, Linda Jacobs Robinson and her husband Rueben, Michelle Jacobs Cochran and her husband Horace, Gail Jacobs Bailey, Mattie Jacobs Hunter and her husband Samuel , Tammie Jacobs and her fiancé David Pierce, Zelda Dunn, all of Bridgeton, and Carole Jacobs of Bridgeport Conn., one brother Herman Jacobs and his wife Mary of Cedarville, five sisters Mamie Miles and her husband Andrew , Minnie Bell Holley and her husband George, Lillie May Jacobs, Ethel Newsome and her husband Frank all of Bridgeton, and Arneta Finney of Brotmanville, four brother in laws Booker T. Thomas of Penns Grove, James Zigler of Bridgeton, John Fedd and his wife Regina of Salem, and Ivy Fedd and his wife Marthella of Georgia, five sister in laws Dale Bryant of Georgia, Mattie Bryant and Jessie Rankin both of Bridgeton, Hassie Lewis of Woodstown and Lee Gusta Thomas of Georgia, one special cousin Janice Colman of Bridgeton twenty five grandchildren and fourteen great grandchildren, and a host of nieces, nephews and cousins. He was predeceased besides his parents by one daughter Antonette Still Taylor, two sisters Lillian Thomas and Charlene Humphreys, two son in laws Clifford Marcus and Steve Bailey, eight brother in laws James Finney, Willie Baker, Robert Forman, Cornelious Bryant, Robert Bryant, Thomas Bryant, and Jack Rankin, and Oscar Telfair, seven sister in laws Florine Telfair, Mary Zigler, Henrietta Baker, Elizabeth Bryant, Maxine Clark, Della Forman, and Willa Lee Bryant. Family and friends are invited to attend funeral services on Saturday April 7, 2007 from St. Phillips Missionary Baptist Church 275 Richardson Ave. Bridgeton, NJ at 12:00 p.m. The Rev. Levi Lockamy will officiate. The interment will be in Cedar Hill Cemetery, Hopewell Twsp. Friends may call on Saturday morning from 10:00 to 12:00 p.m. at the church prior to the services.

Matthew Jacobs, Sr. of Bridgeton went home to be with the Lord Sunday evening April 1, 2007 at his residence, surrounded by his loving family. He was 78 years old and had been in failing health for some time. Born in Sylvania , Georgia,... View Obituary & Service Information

The family of Matthew Jacobs, Sr. created this Life Tributes page to make it easy to share your memories.

Matthew Jacobs, Sr. of Bridgeton went home to be with the Lord...