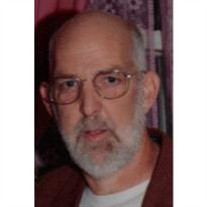 Earl T. Champion Jr. 61 of Vineland, and formerly of Fairton passed away Monday afternoon in Cumberland Manor, where he had been a patient for the past year. Born in Bridgeton, July 13, 1950 to the late Earl T. Sr. and Elizabeth nee Schoonmaker Champion, he was the husband of Lauren S. nee Sills Champion. Mr. and Mrs. Champion were residents of Fairton, until moving to Vineland in 2002. This January they would have celebrated their 34th wedding anniversary. Earl was a graduate of the Bridgeton High School class of 1968 and had worked as a maintenance manager for the former Farmers and Merchants National Bank and Hudson United Bank until his health failed him in 2005. He had also previously worked for Quadra Graphics in Pennsauken, NJ, Poplar Brand Farms in Fairton, and the George T. Burt Company in Fairton, NJ for several years. He was a life member of the Fairfield Township Volunteer Fire Company #1 Fairton, joining the company in 1971. During his active time with the fire company , he served in the capacity of Secretary, Lieutenant, 2nd Assistant Chief, Treasurer, and 1st Assistant Chief. Earl was also a former officer with the Fairfield Twp. Police Dept. He was a member of the NJ State Fire Chief Association, and a former member of the Fortescue Chapel Church. Earl was a collector of the state quarters and half dollars, he loved spending time with his family and grandchildren, camping in Lancaster and Ocean City Maryland, vacationing in Disney World and riding his four wheeler. He was well known for his quick wit and humor, and could always put a smile on your face, he will be truly missed by all. Surviving him besides his wife Lauren, are his children Jill Champion of Upper Deerfield, Ami Coia and her husband Henry of Vineland, and step son Scott K. Hepner of California, his sister Carol Champion of Oregon, his four grandchildren Katherine Delgado, Robert Delgado, Henry L. Coia III, Katrina M. Coia, and many many friends, cousins and various relatives.

Earl T. Champion Jr. 61 of Vineland, and formerly of Fairton passed away Monday afternoon in Cumberland Manor, where he had been a patient for the past year. Born in Bridgeton, July 13, 1950 to the late Earl T. Sr. and Elizabeth nee... View Obituary & Service Information

The family of Earl T. Champion Jr. created this Life Tributes page to make it easy to share your memories.

Earl T. Champion Jr. 61 of Vineland, and formerly of Fairton...