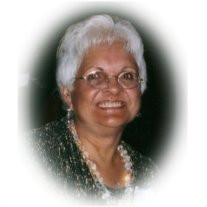 Betty “Princess Broken Pipe” M. Jackson, 77 of Hopewell Township passed away peacefully at her home, on Saturday evening, surrounded by her family after an extended illness. Born Sept. 11, 1935 to the late Ephraim Mosley Sr. and Rebecca Mosley Seeney, she was the wife of Harry S.”Bucky” Jackson Sr. Betty was born in Othello, and had been a Greenwich Twp. resident for most of her life, the last five years she and her husband have lived in Hopewell Twp. Betty was a graduate of the Bridgeton High School class of 1954, where she was a cheerleader and played basketball. She and Harry married after high school. She was formerly employed at Owens Illinois and later attended Cumberland County College, and was a substitute teacher in the Greenwich and local area schools. She had also worked for many years as a secretary for Dr. Karl Ortolf , and after her retirement took on a part time job at the Greenwich Post Office. Betty was a former Den Mother with the Boy Scouts, homeroom mother, former president of the Greenwich PTA, member of the WCTU, and one of the original leaders instrumental in the reorganization of the Nanticoke Lenni Lenape Indians of New Jersey. She was a member of New Hope Presbyterian Church, the Red Hatters and a former member of the Colonial Riders Motorcycle Club. She loved to entertain was always the perfect hostess, to friends and family. She was a loving mother, devoted wife, and friend to all. Surviving her besides her husband Harry of 58 years, are her children, J. Stephanie Woerner of Bel Air MD., Terri Fuller and her husband Richard of Stow Creek, Harry Jackson and his wife Linda of Upper Deerfield , Raymond Jackson of Lewes, DE, and Tori Gould of Hopewell , her sisters Sarah Rainey, Marqueritte Yoshikawa and her husband Sam, Phyllis Carter, and step brother Roland Seeney Jr. and his wife Harriet, thirteen grandchildren, five great grandchildren and many nieces, nephews and cousins. She was predeceased besides her parents by her brother Ephraim Mosley Jr., brother in law Ralph Carter, and stepfather Roland Seeney, Sr. Family and friends are invited to attend a celebration of Betty’s life on Saturday February 16, 2013 at 1:30 p.m. from the New Hope Orthodox Presbyterian Church, 65 Hitchner Ave. Bridgeton, NJ. A visitation with the family will be held from 12:30 to 1:30 p.m. prior to the services. In lieu of flowers, the family suggests donations be made to New Hope Orthodox Presbyterian Church, 65 Hitchner Ave. Bridgeton 08302, or to the Nanticoke Lenni Lenape Indians of New Jersey, 18 East Commerce Street, Bridgeton,NJ 08302. Written condolences and expressions of sympathy may be sent to the family by visiting the funeral home website at www.sraywebsterfuneralhome.com. Arrangements are under the direction of the SRAY-WEBSTER FUNERAL HOME, Upper Deerfield Twp.

Betty “Princess Broken Pipe” M. Jackson, 77 of Hopewell Township passed away peacefully at her home, on Saturday evening, surrounded by her family after an extended illness. Born Sept. 11, 1935 to the late Ephraim Mosley Sr. and... View Obituary & Service Information

The family of Betty M. Jackson created this Life Tributes page to make it easy to share your memories.