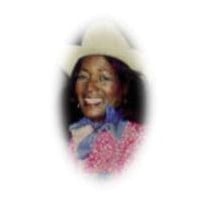 Ann Kent 58, of Vineland died late Saturday evening February 4, 2006 in South Jersey Regional Medical Center, Vineland. She had been in failing health for the past year. Ann was born in Newington, Georgia the daughter of Bosey Kent and the late Jestine nee Smith Kent, and had formerly been a resident of Philadelphia prior to living in the Vineland area. She was a graduate of Cumberland County College , where she obtained her degree as a Registered Nurse. She also attended and graduated from the John Robert Powers Professional Modeling School. Ann was active in the Cumberland County 4H program and served as a leader of the Cupcakes group. She had previously been employed with both Newcomb and Jefferson hospitals, and was a former secretary for the Southern Christian Leadership Conference in Philadelphia. Survivors include her father Bosey Kent, of Vineland, one daughter Felicia Kent of Vineland, five brothers Clifford and Jesse Kent, both of Florida, Douglas Kent of Egg Harbor Twsp., Dennis Kent of Vineland, and Joshua Kent of Bridgeton, four sisters, Mattie Colvin of Vineland, Pearl Wiley, of Fairton, Francis Ellis of Bridgeton, Jessie May Clemmons of Florida, and Godsons Tyrone Ellis of Bridgeton and Kevin Dale of Iraq. Besides her mother, she was predeceased by one brother Samuel Kent. Family and friends are invited to attend funeral services on Monday February 13, 2006 from the Union Baptist Temple Church, South Pine and Willow Sts. Bridgeton, NJ at 2:00 p.m. with the church pastor Rev. Albert Morgan officiating. Interment will be in Cedar Hill Memorial Park Cemetery, Hopewell Twsp. Friends may call on Monday from 12:00 to 2:00 p.m. at the church prior to the services.

Ann Kent 58, of Vineland died late Saturday evening February 4, 2006 in South Jersey Regional Medical Center, Vineland. She had been in failing health for the past year. Ann was born in Newington, Georgia the daughter of... View Obituary & Service Information

The family of Ann Kent created this Life Tributes page to make it easy to share your memories.