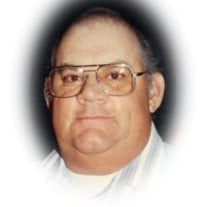 Waldon K. “Tony” Mosley, 69, of Greenwich Township, passed away on Friday evening March 7, 2014 at home with his family by his side under the care of Hospice. Born and raised in Greenwich, he was the son of the late Phillip H. and Beatrice C. (nee Durham) Mosley, and the husband of Donna (nee Durham) Mosley. Tony had farmed all of his life and had previously worked for 15 years for Asgrow Seed Company until his retirement, and then was committed to farming full time on his own. He loved coon and rabbit hunting, and was well known for his competition with his brother, Raymond, to see who would get the title each growing season of "Lima Bean and Watermelon King." People came from miles around to get his delicious watermelons. He loved horses and horse racing, and in his younger years raised several trotters and raced in the tri state area. He was often seen riding around the farm on his John Deere Gator, which he loved. He had a wonderful sense of humor, and was almost always seen with a smile, but most of all he loved his family, and spending quality time with them. Tony is survived by his wife, Donna, his children, Steven W. Mosley and his wife Tiffany of Georgia, Michelle Stiles and her husband Calvin of Vineland, and Brenda Lore of Alloway Twp.; a son in law, Robert Hicks; his mother in law, Agnes Durham; his 11 grandchildren, Presley Durham and his wife Erica, Beatrice “Ellen” Durham, Calvin C. Stiles III, Anthony Stiles, Brianna Hicks, Robert Hicks, Breslin Hicks, Maggie Mosley, Cooper Mosley, Harry Mosley, and Max Mosley; two step grandchildren, Dale Lore and Shelby Lore; great grandson, Raylan Durham; his two brothers, Raymond Mosley and Bruce Mosley; two sisters, Betty Durham and Patricia Hughes, and many nieces, nephews, and cousins. He was predeceased besides his parents, by a daughter, Barbara Hicks; son in law, Doug Lore; five brothers, Phillip Mosley, Harold Mosley, Donald Mosley, Charles Mosley, and Albert Mosley; and three sisters, Barbara Moore, Carol Carney, and Mary Lou Mosley. A celebration of Tony’s life will be held on Thursday March 13, 2014 at 12:00 p.m. from the SRAY-WEBSTER FUNERAL HOME, 62 Landis Ave. at Carll’s Corner, Upper Deerfield Twp. Friends may call on Thursday morning from 11:00 to 12:00 p.m. prior to the memorial service. Cremation and inurnment took place at the Camden County Crematory, Waterford Twp. At the family's request, in lieu of flowers, please send memorials to: The American Diabetes Association, Southern Regional Chapter, 1060 Kings Highway North, Cherry Hill, NJ 08034.

Waldon K. &#8220;Tony&#8221; Mosley, 69, of Greenwich Township, passed away on Friday evening March 7, 2014 at home with his family by his side under the care of Hospice. Born and raised in Greenwich, he was the son of the late Phillip... View Obituary & Service Information

The family of Waldon K. "Tony" Mosley created this Life Tributes page to make it easy to share your memories.