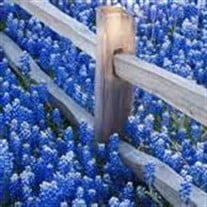 Vera Elizabeth Splitter (nee Carter) passed away peacefully in her home on this day of our Lord, January 17th, 2016 at the blessed age of 102 years. Vera was born on November 3rd, 1913 in Rock Hall, MD to William and Martha Carter. She was the youngest of 6 children and is predeceased by her siblings William, Millard, Avis, Gertrude, and Mabel. Her family moved to Shiloh, NJ in 1916 during WWI. Vera attended Shiloh Elementary and graduated from Bridgeton H.S. in 1931. She started school at Cooper Hospital School of Nursing, Camden, NJ in 1932 and graduated in 1935. Her first job was as a private duty nurse. Vera married Harman Splitter on Oct 13, 1937 at Central United Methodist Church, 147 E. Commerce St., Bridgeton, NJ. Harman was 10 years older than Vera and a longtime friend of her brother William. She was courted by Harman for 5 years before they wed. Her siblings Millard and Gertrude were the witnesses at her wedding. Shortly after getting married in 1937, Vera and Harman moved to Akron, OH. Vera pursued a career at Akron General Hospital and specialized in Psychiatric Nursing. Vera would talk about her times at the hospital, her favorite patients, and often referred to it as her favorite job throughout her career. On November 14, 1940 Vera and Harman had their only child, Carolyn Alvena Mitchell. Vera and Harman moved to Arcadia, CA in 1968 to be with their daughter, son-in-law Charles Mitchell, and 2 grandchildren Lori M'Greene and Lisa Wyatt. She returned to live in Hopewell, NJ in 1990 with Harman, and Carolyn where she continued to reside with her daughter until passing. She was predeceased by Harman (1993) and Mitch (1985). Vera loved food (especially potatoes) and had a sweet tooth (especially chocolate). Always coffee, never tea. Her favorite color was blue. She enjoyed big band, jazz, gospel, and the standards. She loved the gossip of what was happening around town and was always the best conversation up until the day she passed. Many family parties were held at Vera's home. She loved the Laurence Welk Show, Cambridge Glass, and traveling. Her most memorable vacations were driving the USA visiting national parks, Puerto Rico, and Hawaii. She would always crack up when she talked about Hawaii because after traveling 5,000 miles, Harman and Mitch decided to go shopping at Ace Hardware. She was a strong, independent, classy, fabulous woman and the last of a generation. Vera leaves behind a daughter, 2 granddaughters (Lori M'Greene and Lisa Wyatt) and their spouses (David M'Greene and Greg Wyatt), 4 great grandchildren (Arioch M'Greene & Hannah, Gunnar, and Haleigh Wyatt), a niece (Joyce Foster), 3 nephews (Gary Sloan Sr, Donald Sloan, and Jake Lewis), a namesake (Vera Elizabeth Hitchner born 12-15-2015), and countless other family members from her siblings whom she remained close with and loved very, very much. Funeral services will be held privately and at the convenience of the family.

Vera Elizabeth Splitter (nee Carter) passed away peacefully in her home on this day of our Lord, January 17th, 2016 at the blessed age of 102 years. Vera was born on November 3rd, 1913 in Rock Hall, MD to William and Martha Carter. She was the... View Obituary & Service Information

The family of Vera Elizabeth Splitter created this Life Tributes page to make it easy to share your memories.