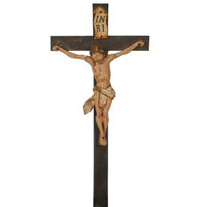 SeBastiana (Sebbie) Scott (nee Brown), aged 51 years of Bridgeton, passed away suddenly early Saturday morning December 15, 2018 at Inspira Medical Center, Vineland. Her death was unexpected. Born in Bridgeton, she was the daughter of the late Albert Sr. and Lorraine (nee Marino) Brown, and the wife of Richard D. Scott Jr. Sebbie, as she was known to family and friends worked for Bottino’s ShopRite in Washington Twp for the past five years where she was the Manager in the hot food services dept. She loved her job and was known to be a workaholic. She enjoyed spending time with her children and family and making the most out of everything in life. She will be truly missed by all. She is survived by her husband Richard, her children, Allison Scott and Richard D. Scott III, her step children, Richard Wilson and James Scott, her brothers, Albert Brown Jr. and Philip Brown, three step grandchildren, Rickey Wilson, Marion Wilson, and Styles Wilson, and many aunts, uncles, cousins and friends. Besides her parents, she was predeceased by an infant daughter, Rickeya Scott. Relatives and friends are invited to attend a memorial services on Saturday December 22, 2018 at 11:00a.m. from the SRAY-WEBSTER FUNERAL HOME, 62 Landis Ave. at Carll’s Corner, Upper Deerfield Twp. Friends may call one hour prior to the services at the funeral home.

The family of SeBastiana "Sebbie" Scott created this Life Tributes page to make it easy to share your memories.