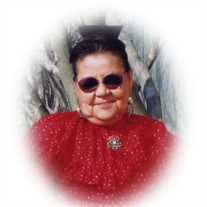 Rose Marie “Bright Moon” “Sweetsie” Ridgeway, aged 73 years, of Bridgeton, passed away suddenly and unexpected on Sunday evening, April 10, 2016 at home. Born in Cedarville, NJ she was the daughter of the late Frank Leslie Benjamin and Minnie Florence (nee Johnson) Munson, and the wife of the late Raymond “Flicker” Ridgeway who passed away in 2010. Sweetsie, as she was known, was employed for 25 years as a WIA Coordinator and Secretary for the Powhattan Renape Nation / Nanticoke Lenni Lenape Tribal Nation of Bridgeton doing job placement for many of the youth within the tribe. She had also previously worked for the Fairfield Twp. Board of Education as a cafeteria aide, and also at the former Bridgeton Dye as a machine operator. She was very proud of her native culture, and an active member of the Nanticoke Lenni Lenape Tribe, and she enjoyed taking the youth to Pow Wows. She was also a member of St. John United Methodist Church, Fordville. She loved doing Native American beadwork, cooking (especially chicken potpie and vegetable soup), genealogy, and spending quality time with her family and grandchildren. She was a loving and caring wife, mother and grandmother. She will be missed by her family, tribal family and many, many friends. She is survived by her sister, Lydia Rebecca Lockman of Hopewell Twp.; her five children; Raymond Ridgeway and Rachel of Texas, Wayne Ridgeway and Jodi Johnson of Clayton, DE, Rena Pierce and Albert of Bridgeton, Tangela Ridgeway of Quinton Twp., and Urie Ridgeway and Cory of Bridgeton; Two daughters-in-law, Lisa Mosley of Delaware and Saiyida Ridgeway of Toms River; One son-in-law, Charles Green of Bridgeton; God daughter, Jane Lockman-Bray; her grandchildren, Carl, Charles Jr. and Deloria, Deshanda, Raymond 4th, Raven, Shatirea Shay Gardner, Wayne Jr., and Shanise, Ronald, Krystal, Brett, Brad, Shean, Jennah, Lakeisha, and Jay, Albert Jr., Kevin, Steven, Hassan, Javid, Bradyn, Jalen, Maehawiaki, Chitanitehe, Sahkakwenao, and one on the way; Twelve great grandchildren and many nieces, nephews, in laws, cousins and various other relatives and friends. She was pre-deceased by her daughter, Karen Green of Bridgeton; one sister, Sadie May Lockman, and three brothers, Charles Henry Munson, Leroy Munson, and Frank L. Munson. Funeral services will be held on Monday April 18, at 11:00 am from the Immanual Union United Methodist Church, Cheswold, DE, Rt 42 Cheswold. The interment will be in the Church cemetery. A viewing will be held on Sunday evening from 6 pm to 9 pm from the SRAY-WEBSTER FUNERAL HOME, 62 Landis Ave. at Carll’s Corner, Upper Deerfield Twp., and again on Monday from 10:00 am to 11:00 at the church prior to the services.

The family of Rose Marie "Bright Moon" "Sweetsie" Ridgeway created this Life Tributes page to make it easy to share your memories.