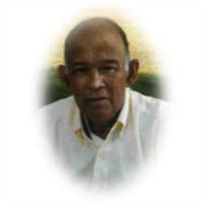 Robert L. "Bobby" Reed, 63 of Fairfield Twp. passed away early Saturday morning November 1, 2008 in South Jersey Regional Medical Center, Vineland, where he had been a patient for the past two weeks. He had been in declining health for the past seven months. Born in Bridgeton , he was the son of the late Isaac Edward Sr. and Lillian nee Robinson Reed, and the husband of Patricia nee Reed Reed. Bobby was a lifetime resident of Fairfield Twp. and had grown up in the Back Neck section of Fairton. Bobby was currently employed until his health started to fail him with Woodruff Energy where he had worked for the past 43 years. He was an HVAC installer, and was involved with hundreds of installations through the years. He loved deer hunting and fishing and was a member of the Back Neck Gun Club. He enjoyed spending time with friends running and training rabbit dogs and bird dogs, striper fishing along the banks, perch fishing in the creeks, and catching weakies in the Delaware Bay. He was a former member of the South Jersey Pony Trotters Association, and avid NASCAR racing fan and he loved spending time in his garden raising fresh vegetables. He will be sadly missed by all. Surviving him is his wife Patricia, two daughters Vanessa Charlton of Bridgeton, and Bobbi Lynn Cain of New York, two brothers Isaac Edward Reed Jr. and his wife Kathryn of Fairfield Twp., and John Luther Reed and his wife Ruby also of Fairfield Twp., two sisters Ellen Grigsby and her husband Leonard of Dover, Delaware, and Donna Morris and her husband Larry of Fairfield Twp., four grandchildren Amanda, Ralph, Cody, and David, his sister in law Darlene Reed of Fairfield Twp., and a special cousin Dorothy Edwards, of Deerfield Twp., and a host of nieces, nephews , aunts, uncles, and cousins.

Robert L. "Bobby" Reed, 63 of Fairfield Twp. passed away early Saturday morning November 1, 2008 in South Jersey Regional Medical Center, Vineland, where he had been a patient for the past two weeks. He had been in declining health for the... View Obituary & Service Information

The family of Robert L. Reed created this Life Tributes page to make it easy to share your memories.