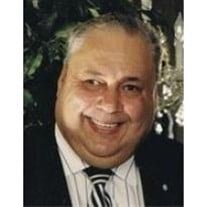 Ralph H. " Standing Bear" Carter Jr. 69 of Dover, Delaware passed away unexpectedly on Sunday August 7, 2011 in Washington DC while sightseeing the capital with his family. Born in Bridgeton, he was the son of Syretha R. nee Pierce Carter and the late Ralph H. Carter Sr., and the husband of Phyllis L. nee Mosley Carter. Mr. and Mrs. Carter had been residents of Dover for the past eight years and had previously lived in Blackwood, NJ. Ralph grew up in Gouldtown and was formally educated in the local schools, after high school he attended Temple University where he recieved his Associates Degree and Glassboro State College, where he earned his BS Degree. He was currently working on his Masters and was only three credits away from achieving. As a young man he joined the Boy Scouts and earned his Eagle Scout award in 1958. He later became a Troop Leader of Troop 99 of Bridgeton and Troop 52 Gouldtown. He was a former Director of the Timber Creek District in Camden County and the Newark District of the Boy Scouts of America. He was also awarded the prestigious Silver Beaver Award in Scouting. Ralph used his degree in education to become a Business Administrator for the Board of Education in Fairfield Twp., Camden County, and lastly Gloucester Twp., which he retired from after 23 years of service in 2003. Ralph's mother and father had also owned and operated Carter's Store and Deli in Gouldtown, which he helped manage. Ralph was a former member of the Bridgeton Kiwanis Club, and was a past president of the Blackwood Rotary Club, where he was instrumental in starting Fun Day, a day the club would take elementary school children to Wildwood. The day is now known as Ralph Carter Fun Day, within the club. He was a former member of the Gouldtown Fire Company No#2 from 1974 to 1983, where he served as secretary for some time, he was also a member of the Nanticoke Lenni Lenape Indian Tribe of Bridgeton, where he received his name "Standing Bear". He was an intelligent, fun loving, giant of a man, who will truly be missed by all. Ralph is survived besides his wife Phyllis, by his mother Syretha R. Carter of Gouldtown, his two step children Tyrese Gould of Bridgeton, and Shana Gould of Fairfax, Virginia, his brother Wayne Carter and his wife Beverly of Gouldtown, one uncle William G Pierce of Dover, Delaware, his eight step grandchildren Steffani Savoy, George Torres, Annalyse Torres, Marcus Torres, Adam Torres, Nolan Branch, Taylor Branch, and Sean Torres, one step great grandchild Nashid Tre' El, and several nieces, nephews and cousins. He was predeceased besides his father Ralph Sr. by a sister Marie Pierce and a niece Aimee Carter.

Ralph H. " Standing Bear" Carter Jr. 69 of Dover, Delaware passed away unexpectedly on Sunday August 7, 2011 in Washington DC while sightseeing the capital with his family. Born in Bridgeton, he was the son of Syretha R. nee Pierce Carter... View Obituary & Service Information

The family of Ralph H. Carter created this Life Tributes page to make it easy to share your memories.