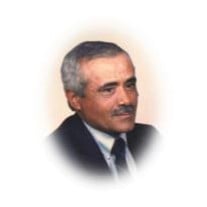 Presley Wayne Durham Sr., 63 of Back Neck, Fairton went home to be with the Lord on Sunday morning January 10, 2010 in South Jersey Regional Medical Center, Vineland. He had been in declining health for the past year and a patient at the hospital for a little over a week. Born in the Back Neck section of Fairton, Wayne was the son of the late Presley A."Jim" and Sarah E. nee Pierce Durham and the husband of Diane M nee Mosley Durham. He had been an area resident all of his life. Wayne was a farmer, and was partnered with his brother Perry for the last 29 years in the operation of Durham Farms, which had been in their family for several years. Prior to being self employed he had driven truck for several companies including Burcham Trucking, RT Trucking Co., Venice Maid, and Progresso Foods. He was a graduate of the Bridgeton High School Class of 1965, and prior to high school had attended public school in Fairton. Wayne loved to hunt, especially deer hunting and was a member of the Back Neck Gun Club. He also enjoyed duck and rabbit hunting and passed along his passion for the sport to his three boys and grandson. He loved farming, fishing and just plain old outdoor activities. Wayne loved his family and grandchildren and will be sadly missed by all who knew him. Surviving him besides his wife Diane of 44 years are his three sons Presley Wayne Durham Jr. of Back Neck and his companion Robin of Pennsville, Jeffrey M. Durham and Deborah of Hopewell Twp., and Franklin D. Durham of Back Neck, two sisters Elsie Pritchett and her husband Raymond of Hopewell Twp., and Sarah Mosley and her husband Charles of Felton, Delaware, and his brother Perry Durham Sr. and his wife Patricia of Back Neck, four grandchildren Presley Wayne Durham III, of Back Neck, Beatrice Ellen Durham of Woodstown, Michael Scarlato of Hopewell Twp., and Alexa Durham of Hopewell Twp., he is also survived by his aunt Edith P. Ridgway and her husband Francis of Fairfield Twp., and several nieces, nephews and cousins.

Presley Wayne Durham Sr., 63 of Back Neck, Fairton went home to be with the Lord on Sunday morning January 10, 2010 in South Jersey Regional Medical Center, Vineland. He had been in declining health for the past year and a patient at the hospital... View Obituary & Service Information

The family of Presley Wayne Durham Sr. created this Life Tributes page to make it easy to share your memories.