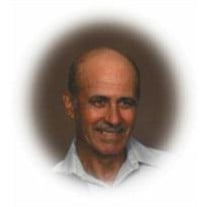 Orwig M. "Maxie" Pierce, Jr., 83 of Fairton , passed away on Wednesday December 30, 2009 in South Jersey Regional Medical Center, Vineland. He was taken ill on Tuesday at home, and his death was sudden and unexpected. Born in Fairton, he was the son of the late Orwig M. and Eliza nee Dean Pierce and the husband of the late Mildred "Kay: nee Ridgway Pierce who passed away in 1984. He was a lifelong resident. Max had been employed for 20 years with the Chrysler Corporation in Delaware, until his retirement in 1988. Prior to working for Chrysler he had worked at the Ford Motor Plant in Pennsylvania , and had also worked for Jim Smith Auto Sales in Bridgeton. Max had a passion for harness racing and was well known through out the New Jersey, Delaware, and Maryland pony racing areas as a driver and breeder of trotters. He was a member of the former South Jersey Pony Trotters Association. He also held a passion in his younger years for rabbit hunting and raising beagles, he enjoyed gardening , and going out to breakfast at Dino's in Cedarville with the boys. Max was a U.S. Army Veteran, a former member of the Colonial Riders Motorcycle Club, and a member of the Nanticoke Lenni Lenape Indian Tribe of Bridgeton. He will always be remembered for the toothpick in his mouth and the smile that went with it. He will be missed by many. Surviving him, is his companion Maryann Davis of Fairton, his sister Edith P. Ridgway and her husband Francis of Fairfield Twp his daughter in law, Linda Pierce, two grandchildren Orwig M. Pierce IIII, and Maxine A. Morris, two great grandchildren, and many nieces, nephews, and cousins. Besides his wife, he was predeceased by his only son Orwig M. Pierce III, and a sister Sarah E. Durham, and an infant brother, William Pierce.

Orwig M. "Maxie" Pierce, Jr., 83 of Fairton , passed away on Wednesday December 30, 2009 in South Jersey Regional Medical Center, Vineland. He was taken ill on Tuesday at home, and his death was sudden and unexpected. Born in Fairton,... View Obituary & Service Information

The family of Orwig Maxwell Pierce, Jr. created this Life Tributes page to make it easy to share your memories.