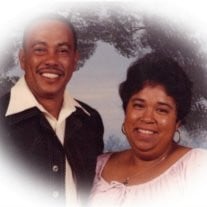 James “Jim” W. Graves, 68 of Hopewell Twp., passed away on Wednesday December 4, 2013 at his home. Born in Chatham, Virginia, he was the son of the late Roy O. and Vinnie A (nee Clark) Graves, and the husband of the late Alberta (nee Miller) Graves, who passed in 2012. Jim was employed as a carpenter for A.I. DuPont for 26 years until his retirement. He was a long time member of St. John United Methodist Church, Fordville, where he served on the Building Committee, and the South Jersey Community Ushers. He also was a member of the Townsmen Club. He loved antique and classic cars, and was often seen at local car shows and parades with one of his many collectors. He also was a Notary Public. Jim enjoyed people and loved entertaining at his many family gatherings in the back yard. His latest adventure with friends was a Barbeque stand he recently opened in Hopewell Twp. called Ribicus Maximus. He was a wonderful husband, loving father and grandfather, great friend to many, and always giving with a generous heart. Surviving him to cherish his memories are his caring and loving children, Tia Turner and her husband Barry of Maryland, Iolanda Graves of Fairfield Twp., Richard Graves and his wife Mary Jean Ruffin of Williamstown, Duane Graves of Maryland; his extended son, Calvin Graves and his wife Addie of Maryland; and his extended daughter, Susan Lively of Fairfield Twp.; brother in law and wife, Albert Miller and Margaret of Hopewell Twp.; 14 grandchildren and many nieces, nephews and cousins. Besides his parents and wife Alberta, Jim was predeceased by his daughter in law, Enid Graves; brother, Roy Olando Graves; and mother and father in-law, Christine and Albert Miller. Family and friends are invited to attend funeral services on Wednesday December 11, 2013 at 12:00 p.m. from St. John United Methodist Church, Fordville. The interment will be in the church cemetery. Jim’s pastor the Rev. Roy Bundy will officiate. Friends may call on Wednesday morning from 10:00 to 12:00 p.m. prior to the services at the church. Arrangements are under the direction of the SRAY-WEBSTER FUNERAL HOME, 62 Landis Ave. at Carll’s Corner, Upper Deerfield Twp.

The family of James W. Graves created this Life Tributes page to make it easy to share your memories.