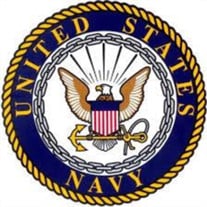 Gary Elwin Bidwell, of Shiloh, passed away late Tuesday evening June 30, 2020 in the Cumberland Manor where he had been a resident since January. He was 81 years old. Born in Titusville, Pennsylvania on February 3, 1939 he was one of seven children born to the late Elwin and Lois Blauser Bidwell, and the husband of Elizabeth Dickinson Bidwell. Gary was raised in Lincolnville, PA and moved to Riceville, PA at an early age due to his father's employment. He was a graduate of Union City High School, and upon his completion he joined the United States Navy. He proudly served as a Hospital Corpsman for two years in the Philadelphia Naval Hospital and two years at Camp Lejeune with the Marine Corps during the Vietnam war until his honorable discharge. Gary came to the Bridgeton area where he worked for many years at Murbeck Knitted Fabrics. He then went to work for Stevecoknit in North Carolina until returning to New Jersey to work for Farm-Rite in Shiloh until his retirement. After retiring, he worked for several years for B.R. Williams. He loved gardening and manicuring his yard, playing pinochle and he loved to bowl. Gary was a longtime member of the Seventh Day Baptist Church of Shiloh and served there in various ways over the years. He was a devoted son, a loving husband and a caring father. He and his wife, Elizabeth, celebrated their 56th wedding anniversary on June 14. Surviving him besides his wife are his two sons, Richard and James Bidwell both of Shiloh, his five sisters, Marion Chesley and husband Ron, Nancy Comstock and her husband Richard, Virginia Wetmore and her husband Ron all of Union City, PA., Colleen Strus and Leola Bidwell both of Webster, Florida, and his brother Reid Bidwell and his wife Jeanette also of Union City, PA., many nieces, nephews, cousins and friends. Besides his parents, Gary was predeceased by his brother-in-law Dean Strus. Relatives and friends are invited to attend the memorial service at the Seventh Day Baptist Church of Shiloh located at 116 East Avenue, Shiloh, NJ on Tuesday July 28th at 1 o’clock. The interment will take place privately. In lieu of flowers, memorial contributions may be made to the Seventh Day Baptist Missionary Society (PO Box 156, Ashaway, RI 02804) or the American Cancer Society (donate.cancer.org).

Gary Elwin Bidwell, of Shiloh, passed away late Tuesday evening June 30, 2020 in the Cumberland Manor where he had been a resident since January. He was 81 years old. Born in Titusville, Pennsylvania on February 3, 1939 he was one... View Obituary & Service Information

The family of Gary E. Bidwell created this Life Tributes page to make it easy to share your memories.