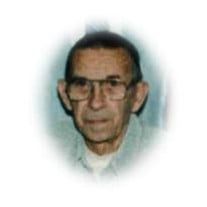 Edward L. Waller, 82 of Hopewell Twp passed away early Monday morning, May 10, 2010 at his residence under the care of Hospice. He had been in declining health for the past three years. Born in Pennsville, he was the son of the late Luther and Madaline nee Lane Waller, step son of the late Mable nee Kelling Waller and the husband of the late Valetta Mae Waller, who passed away in September of 2007. Ed was a World War II veteran, serving in the United States Navy on a destroyer. After his honorable discharge in 1947 he reenlisted with the Navel Reserves and trained with the Sea Bees, learned to fly, and served on a destroyer during the Korean War. He returned to the Bridgeton area and worked several jobs, including crop dusting. Ed was an electrician by trade, and had formerly worked for Harry Dare Plumbing, Hahn Hann Store, Dandee-Oil Company, Louie Delcollo, and his last place of employment with the former M+G Electrical Supply Store from which he retired after over 20 years of service. He was active in politics in his younger years and was elected Mayor of Hopewell Township in 1974, and was instrumental in developing the Hopewell Township Taxpayers Association. Ed was also a member of the American Legion Shoemaker Post 95 in Bridgeton. He loved his family and enjoyed spending time with his grandchildren. Surviving him are his two daughters Sherry Brogden of West Virginia, and Julie Cuff of Hopewell Twp., his five brothers Luther Waller, of Upper Deerfield Twp., Robert Waller of Hopewell Twp., Tommy Waller of Hopewell Twp., Paul Waller of Bridgeton, and Bert Waller of Fairfield Twp., three sisters June Adams of Bridgeton, Alma Nichols of Upper Deerfield Twp., and Pat Brown of Hopewell Twp., five grandchildren, Lynette Lavoie, Dawn Lavoie, Derek Lavoie, Matthew Cuff, and Chelsea Cuff, four great grandchildren Brianna Messier, Scottie Lavoie, Faith Lavoie, Macey Smith, and several nieces and nephews. Ed was predeceased besides his wife, parents and step mother by his son E. Scott Waller, and a sister Betty Peraset.

Edward L. Waller, 82 of Hopewell Twp passed away early Monday morning, May 10, 2010 at his residence under the care of Hospice. He had been in declining health for the past three years. Born in Pennsville, he was the son of the late... View Obituary & Service Information

The family of Edward L. Waller created this Life Tributes page to make it easy to share your memories.