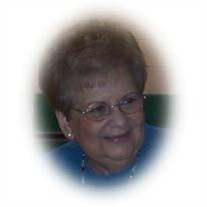 Dorcas Ann " Mother Eagle" Reed, 74 of Hopewell Twp, passed away early Thursday morning December 18, 2008 in South Jersey Regional Medical Center, Vineland, where she had been a patient since Tuesday. Her death was sudden and unexpected. Born in Dover, Delaware, she was the daughter of the late Edgar "June" Ridgway and Leanna nee Dean Peterson, and the wife of the late Walter Allen Reed Sr. She had been a resident of Hopewell for the past 26 years and previously she had lived in Greenwich Twp. Dorcas was a graduate of Bridgeton High School, and the International College of Bible Theology through the Jubilee Living Word Ministries. She was formerly employed as an administrative secretary with Cumberland Manor for over twenty six years until her retirement in April of 2000. She was the columnist for Smoke Signals, Native American Notes from Down Jersey in the Cumberland County Reminder, which she enjoyed. She was a former member and Church secretary for Jubilee Living Word Church and had just recently joined Lighthouse Baptist Church. She was a former leader of Brownie Troop 226, a member of the Nanticoke Lenni Lenape Indians, where she was a former secretary for the Tribal newsletter, and was instrumental in starting and formerly leading the New Dawn Youth Group for the younger members of the tribe. She loved traveling, especially with her sister in law Natalie, spending time with her family, watching the Philadelphia Phillies and Eagles teams, crocheting, and her weekly Bible Studies. She will truly be missed by all. Surviving her are her three loving children Walter Allen Reed Jr. and his wife Charlotte of Shiloh, Diane Marie Massari and her husband Steven of Hopewell Twp., and Linda Sue Harmon and her husband Warren " Nippy" Harmon of Hopewell Twp., one brother Edgar " Sonny" Loatman and his wife Roberta of Upper Deerfield Twp., one sister Beverly Dickinson of Upper Deerfield Twp., her half sister Shirley Brown of Bridgeton, her sister in law Natalie Ridgway of Alloway, five grandchildren Marie-Lynn, Walter III, Dorann, Blake, and Brett, three great grandchildren Brianna, Dylan, and Julian, and several nieces and nephews. She was predeceased besides her parents and husband by a sister Jeanette Ridgway, and a brother Kenneth W. "Like An Eagle Watching" Ridgway.

Dorcas Ann " Mother Eagle" Reed, 74 of Hopewell Twp, passed away early Thursday morning December 18, 2008 in South Jersey Regional Medical Center, Vineland, where she had been a patient since Tuesday. Her death was sudden and unexpected.... View Obituary & Service Information

The family of Dorcas Ann Reed created this Life Tributes page to make it easy to share your memories.