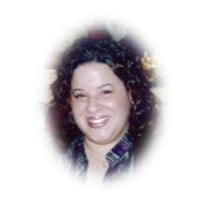 Aimee M. Carter M.S. 28, of Lawrenceville, Georgia, died suddenly and unexpected on Friday November 10, 2006 in Gwinnett Medical Center, Lawrenceville. Born in Bridgeton October 11, 1978 she was the daughter of former Gouldtown Fire Company Chief Wayne A. and Beverly J. nee Gould Carter. She had been a resident of Georgia since January. Aimee attended Fairfield Township Schools where she excelled both socially and academically serving on student council, Jr. Honor Society and graduating Valedictorian of her class in 1993. She was a 1997 Cum Laude graduate of Cumberland Regional High School where she served as manager for both the track and field and basketball teams. She was a member of the French Club and the Rotary Club. Her love of science earned her a full scholarship at Cumberland County College in the county High School Science Fair. After high school she attended Fairleigh Dickinson University and was a Honors graduate with the class of 2001 with a Bachelor of Science degree in Science with emphasis in Microbiology. Aimee served as a Resident Life Assistant, she was president of the RHA, and she was active in student government and served as a Safety Officer on campus. While attending Fairleigh Dickinson, she worked for Thomas Jefferson Hospital in the infectious disease lab, and in her senior year she did her clinical internship at Morristown Memorial Hospital. Always eager to strive for higher education, Aimee chose to attend Thomas Jefferson University in Philadelphia where she graduated with her Masters degree in Biosafety Microbiology. Her interest and passion in the microbiology field led her to the study of medicine to help with long term care of HIV and AIDS which she completed her Thesis on. She was also formerly employed part time at the Philadelphia Veterans Hospital, where she did chemistry lab work. She relocated to the Atlanta area where she was employed by the Constella Group, LLC as an infectious disease laboratory inspector contracted through the Center for Disease Control Prevention of Agents / Toxins. Aimee was extremely family oriented, ambitious, and dedicated to higher learning. She loved art, music, cooking and baking, travel, cats, fashion and especially New York. Surviving her to cherish her memory besides her parents are one sister Josette Carter of Gouldtown, one brother 1st Class Senior Midshipman Michael W. Carter USNA, her maternal grandmother Reba Gould of Stow Creek Twsp., her paternal grandmother Syretha Carter, of Gouldtown, her aunt Marie Pierce of Gouldtown, two uncles Dennis Gould of Stow Creek Twsp., and Ralph Carter Jr. and his wife Phyllis of Dover, Delaware, and one nephew Derek Carter. Several cousins and many friends. She was predeceased by her paternal grandfather Ralph Carter Sr., her maternal grandfather Ferdinand Gould Jr. and her uncle Rexford Pierce. Family and friends are invited to attend funeral services on Saturday November 18, 2006 at 1:00 p.m. from the SRAY-WEBSTER FUNERAL HOME, 62 Landis Ave. at Carll?s Corner, Upper Deerfield Twsp. Chaplain Frank Green of the Fortescue Fire Company will conduct funeral services. The interment will be in Fernwood Memorial Park Cemetery, Hopewell Twsp. Friends may call on Saturday morning from 10:00 to 1:00 p.m. at the funeral home prior to the services.

The family of Aimee M. Carter created this Life Tributes page to make it easy to share your memories.